Here are some testimonials from parents and providers that have worked with Sylvie. 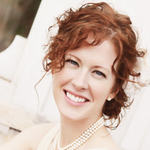 Sylvie provided exceptional daycare for our two children for several years and was uniquely gifted in her teaching and care of the children as well as her business sense and relationship with the parents.

We were universally impressed with the love, kindness, individual attention, and quality of care Sylvie offered on a daily basis. Her home daycare was always clean, tidy, and under control despite having ten young children. Sylvie did an incredible job of offering excellent daily learning activities and had an outstanding curriculum for the children.

She was always professional in her business approach, explanation of policy, and running of the day to day business. Sylvie was not only a wonderful daycare provider, but also served as an advisor for how to incorporate learning time and schedules within our home.

I would highly and unreservedly recommend Sylvie Saxton! 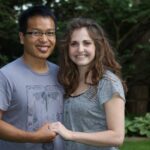 When I was first starting my daycare from my home two years ago, I was an all heart kind of lady and had no business skills. My background was nursing so I didn’t know much about the world of business. I was a caregiver by nature. I was so excited to start my new daycare and love on those kids but didn’t know how to set healthy boundaries with parents, deal with challenging behaviors from children, or how to recruit families and gain trust from the community.

I asked God to fill in my weaknesses and help me where I was learning. I relied on him to make my dream a reality. All I can say is God sent me Sylvie!

She reached out to me and encouraged me when she heard I was just starting. We had only been introduced one other time through my husband and honestly I hadn’t even remembered at the time. She was so kind and lent advice and encouragement when I needed it most. I was a complete stranger to her but she decided to help me anyway because she knew what it was like to just be in the beginning. To this day, I still ask her from time to time, “Have you ever had this happen? What did you do and what would you have done differently?”

Sylvie is a kind hearted person with wisdom beyond her years.

One day I confessed to her that I was having a lot of difficulty with my children staying interactive in preschool during times of transition from one activity to another or when they needed to wait for any short period of time for help, etc. I confess that a lot of times our fun learning time would turn into timeouts or me feeling frustrated and disheartened.

Although the children would beg me to do preschool with them and told me over and over how much they loved doing it, sometimes I would wonder if it was worth all the trouble. I had envisioned it to be so much different than it was turning out. Although they were learning and retaining an immense amount and I could tell that they were advancing quickly, I still felt discouraged for all of the negative behaviors we would encounter during our learning time.

I knew we could have a higher quality program but just didn’t know how to get there. I was already using one of the top preschool programs available and I personally LOVED teaching and doing fun activities with the children to help them learn. Sylvie said she knew exactly what I was talking about and said that she had figured out how to solve that problem a while ago. I was shocked and immediately felt relieved.

She told me that the trick was to hold up a jar of M&Ms and show all the children prior to school starting. She would simply tell them if they were listening during learning time and did not get any timeouts, they would be rewarded with ONE M&M. She said the ones that did listen and had no timeouts received an M&M at the end and those who did not, did not receive one. SIMPLE! She said if no one was listening then she would eat one in front of them and say, “Well I was listening and I didn’t get any timeouts so I get to have one M&M.” She said the key to it all was consistency and follow through with what you present to the children in the beginning.

I went to the grocery store and bought a bag of M&Ms as soon as possible and tried it myself. I was completely AMAZED. There was a significant reduction in the need for me to intervene with behaviors from the children on that very first day. The first time I held up those M&Ms and explained how to get one, the children’s eyes were all popped with excitement!

Of course, after a few days, some of the children tested the boundaries to see if I would still give them an M&M even though they had decided not to follow the directions but at the end of the learning time only those who had done what was asked received a reward. There were some tears, yes, but the next time, they were able to complete what was asked of them. Thanks to Sylvie’s genius advice, we rarely have timeouts or negative behaviors during preschool now and I think overall my children are much happier because we are able to complete the tasks we need to more quickly and much more enjoyably.

They are learning so much more because we are spending less time on behaviors and also, they are so proud of themselves when they are rewarded for their good behavior and get to share that with their parent(s). I particularly loved this method because it got us out of the cycle of negative reinforcement and into positive reinforcement.

I felt empowered again and am able to have so much more fun with the children during that special time of the day as I had originally wanted. I hope you will use Sylvie’s resources and support. I

highly recommend her and would love for you to feel empowered and encouraged as well! 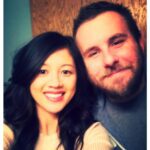 My fiance’ and I have had the pleasure of sending our son to daycare with Sylvie Saxton.

She has been such a blessing in our lives and in the life of our son. Quite frankly, I was very nervous to send our 1 ½ year old son back into daycare. He had been out of daycare for a year. I was worried about the difference between center daycares and in-home daycares. A family member recommended Sylvie to us and to this day we are very thankful she did.

Sylvie has shown us nothing but respect, honesty, and open communication since we began working with her. She engages with the children in a way I have not seen in the centers. Her lessons and teaching plans allow for the children to learn and grow at a rate comfortable for them. Her structure also allows for routine during the day which is very important, especially for young children of this age.

Sylvie’s Christian-based daycare provides the children with open understanding of Christ and compassion for everyone.

She believes that no child should be excluded and promotes friendships among the children. My son has developed skills and abilities that we know will help him during his school years. We are very sad to have lost her as a daycare provider due to change in locations, but anyone who is able to work with her in the future is by far blessed to have her. 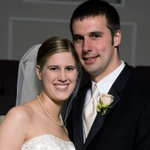 I wanted to write a letter of recommendation for Sylvie Saxton.

We met Sylvie in 2013 when she owned her own in-home daycare business called “Sylvie’s Safari”, and she has been a valued partner with us in raising our children since then.

Our daughters LOVE Sylvie and her husband Jeff. She made Sylvie’s Safari such a fun place to be for the kiddos that none of them wanted to leave at the end of the day (a great problem for working parents!)

Some of our favorite parts of Sylvie’s Safari:

* Sylvie built relationships and partnered with parents instead of just running a business. She partnered with us on discipline to have a consistent approach at home and daycare.

* Sylvie has a gift with children. They can tell she truly cares about them, and she teaches them to care about each other.

* Sylvie’s enthusiasm and excitement with the kids. She managed to keep the kiddos active and engaged all day every day with very little TV, even on rainy days.

* Sylvie’s ability to make everything fun, even cleaning up, and her gentle, compassionate approach to solving problems.

Her proactive planning for each day. She always had fun activities and art projects planned.

* Sylvie’s long-term goals for the kiddos. It was common that she would have the kids stand up in front of the other daycare kiddos to talk about their art project (in hopes that this would help them be less scared of public speaking in the future).

* Sylvie’s investment in our kids spiritually. Her daycare was a Christian daycare, and she helped the kids with praying before meals, Bible stories and songs, and praying for their friends who were sick and couldn’t be there.

* Sylvie also taught our kids how to be a friend.  She helped the kids form relationships with each other. She helped with basics like how to talk with each other, how to ask to be included in a game, how to make sure others are included, etc. Our kids made lasting friendships.

All of the parents were sad that Sylvie and Jeff were moving out of Rochester. We commented often to each other that it was impossible to find another daycare as amazing as Sylvie’s Safari, and we knew what a blessing we had.

Families who moved away would sometimes bring their kiddos back for a visit and talk about how their kids still remember Sylvie’s Safari fondly months/years later and how their kids kept asking to come back.

I highly recommend Sylvie Saxton as a daycare mentor.

I still ask her questions, and I know the other parents do too.  If you have any questions about our experience, please feel free to contact me – send Sylvie a message and include me in the subject line. Sylvie will connect me. 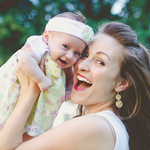 Sylvie Saxton provided an in-home daycare experience that was exceptional.

She is organized, thoughtful, and talented. Her background in child’s psychology enables her to connect with children on a level beyond what I can do as a mother.

One particularly example, was when she had my 18 month-old toddler talk about her drawing in front of her peers. I immediately thought about my own public speaking fears and how different I might feel had I been given the same opportunity at a young age in such a loving environment.

She has activities every day that were creative and outside the box.  It was a huge relief to me as a working mom knowing that I could just love on my daughter when I picked her up.

If you are wanting to maximize your daycare, have a sustainable business, and enjoy what you do everyday, Sylvie Saxton will help you get there.

As a side note, she will also give you tips on how to keep your toys and supplies in top shape. I personally bought a lot of her “used” items and was amazed at what condition they were in.
It’s an easy way to maximize your bottom line!