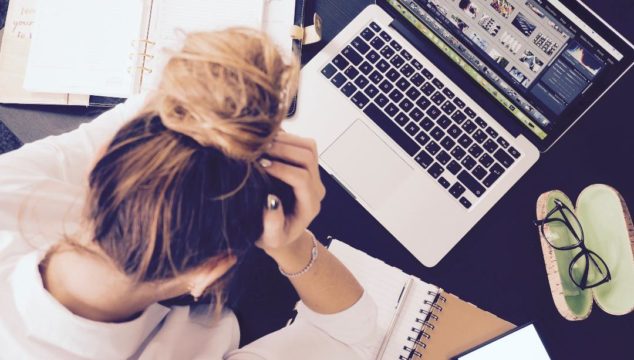 Okay I guess we all worry at times.

Maybe you had a conflict with your daycare parents and you worry that they will leave if you confronted them.

Or maybe you have a hard time finding kids to enroll in your program and you worry about having enough money to pay your bills. Or perhaps you worry about taking time off because you don’t want your daycare parents to get mad.

The truth is we all worry about something, but here’s the thing:

keeps you up at night

One time, I had a baby enrolled in my daycare who cried all the time unless he was being held. It was not a “cute baby cry” but a loud, screaming cry – as if the world was ending. There was nothing wrong with the baby and there were no medical reasons for him to cry, but his cry would last for hours. Ugh! So exhausting. After 6 months of trying hard to make things work, I knew I had to talk with his parents and address the problem.

I had spoken to them about his crying before, but I knew it was time to sit down and have a serious conversation.

Something had to change.…

I lost a lot of sleep over this issue and I was worried because I did not know how his parents were going to react.

I was scared they would blame me for his behavior and make me feel like I wasn’t trying hard enough. After many weeks of turning and tossing at night, I finally had enough courage to meet with them. Sadly, the meeting didn’t go well. I was blamed for everything and they requested that I hold their child at all times while he was in my care.

At that moment, I knew we were not a good fit.

There was no way I could hold their child 10 hours a day, while taking care of other children at the same time. They disagreed and decided to leave. I survived one of the most undesirable and unpleasant meetings I have ever had.

My life got less stressful after that baby left. Eventually I enrolled new children and things were going great!

If I had to do it all over again, I would have confronted the situation sooner and not loose so much sleep over it.

So what’s the conclusion? Worrying is a waste of time.

FOCUS ON WHERE YOU WANT TO GO, NOT ON WHAT YOU FEAR.

Resolve whatever keeps YOU up at night. It won’t be as bad as you may think because “whether it’s a little luck or God or a combination, everything seems to find a way of working itself out eventually.” Chip Gaines

Get Notified when The "Fabulous Provider 2020 Planner" is for sale! Join the Waitlist here!

Fabulous Provider seeks to help you bring your in-home daycare business to the next level!